An illegal choice has been detected. Please contact the site administrator.

Here’s an easy task I often set in conference sessions:  Look at these diagrams; what do they show? They look not unlike dance formations…

Yes, obviously – classes. But where is the teacher in each image and what is he/she doing? The teacher has not nipped to the bathroom or out for a few photocopies and a coffee in the bottom left image, but is still in the room.

And what are the differences between the bottom two classes? Why is the one on the right made up of psychedelic fruit Polos or Cheerios, rather than just green ones? Think for a moment.

Variety. Not quick-changing variety like a dizzyingly impressive Rita Moreno dance routine, but a seamless blend of stirrers and settlers, of high energy-low energy. Of 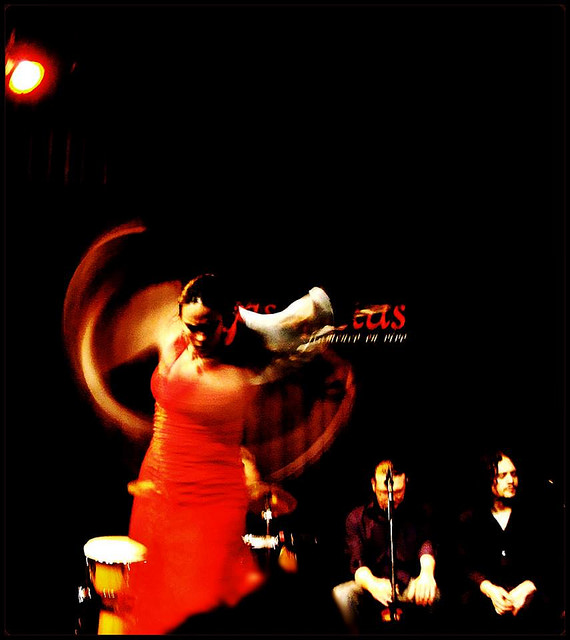 buzz and calm. The whole of the West Side Story musical, to continue the analogy.

And because each ‘formation’ or dynamic mimics a communication mode in ‘real life’. A different way of dancing.

Now normally we’d discuss this in our training session, but I’ll give you some answers and you can match them to the four ‘coloured loops’ images numbered 1 – 4 above.

Two students working together to achieve a task? Yes, and two people having a conversation, which is probably our most frequent ‘communication mode’ in real life, so possibly the most important one to replicate in the classroom. Putting students into pairs, however, is one of those things most of us do without giving much thought to who we’re asking our students to speak to, so milling exercises are a good way of allowing folks to initially choose who they want to speak to and then to move on, if they wish. You can’t always choose who’s sitting next to you.

B The Group / Group work

The group CAN be that genuinely democratic dynamic where the teacher merges with the group and is just another group member, no longer the teacher but someone else sharing experiences, talking about their weekend and so on. It is frequently the ‘coffee break’ dynamic. And coffee breaks are often when group rapport can be built. This is a dynamic worth transferring to the classroom either on occasion or frequently, depending on you, your personality, teaching style – and on your students.

But this is also the (waving hands or counting heads) ‘Right. In threes / fours / groups of five, I’d like you to discuss these questions. / Brainstorm vocabulary related to X’ etc. mode. It equates to a group of friends sitting around a table, playing cards and chatting, having tea and chatting, sitting at a family lunch and chatting, and so on. It is the ‘formation’ many of us find difficult, or even frustrating when we’re with a group of people whose language is not our L1 – how to follow the conversation? How to get our turn to speak? These are skills we could focus on in groupwork, rather than the rather random fluffiness of ‘discuss in a group’, particularly as, when you do put students in threes and fours with instructions to discuss or brainstorm, how many of the group actually work? Any more than in pairwork? Frequently at least one member of the group just sits and observes/daydreams/checks their phone. A perfectly normal part of the group dynamic, but not particularly useful in a classroom. Techniques for turn-taking with a set number of times they should use their ‘turn’ card, or for clarification where the thread of a conversation has been lost in the noise, or a final stage to write a quick summary of what the group said may provide SOME useful ‘communication training’ in a group and reasons to listen and actively participate, not just morph into a spectator.

This is similar to the group BUT where each person in a group (‘team’) has something to do, something to contribute. A separate role or task.

Again, it emulates a different communication dynamic from our ‘outside lives’ – the meeting where everyone reports back, the team, the project where each group member brings something different to the table. This is the dynamic used for things like Extensive Reading book clubs eg http://www.macmillanreaders.com/wp-content/uploads/2010/07/Book-Corner-Club-General-Introduction.pdf or for project work, but it could also be used for a debate (the chairperson, the summarizer, the listeners who help the summarizer, the speakers etc etc), for a story written in threes (the spelling monitor, the verb forms monitor, the interesting nouns and adjectives monitor….), even for the brainstorming (the mind map builder, the spelling checker, the person reporting back to the class…).

It keeps the learners on task and provides a clear role or task for the students who prefer to listen, rather than speak. You needn’t be the one to allocate the roles, either – they can decide as part of the group task. Team task. HOWEVER, it is worth avoiding the ‘team leader’ role, as, if one person in a group is deemed the stronger, more dominant personality, the group will tend to nominate that person as leader – and then just follow blindly rather than thinking about what they have to do. Thus, if the ‘leader’ makes a mistake or gets lost, the whole group does – and they’ll blame the leader rather than see blind following as part of the problem. It’s actually more effective to have a less self-confident ‘team leader’, or none at all, so that the team are more likely to check that they are on track.

Lockstep (everyone doing the same thing at the same time) is a much maligned dynamic but it is necessary, as it is one of our ‘normal L1’ communication modes – when at the cinema, listening to a PA announcement, to a business presentation, a university lecture… or (the other way around), when announcing something to the family, when generally asking for help (“Can someone help me with the dishes, please?”), giving a presentation… And it must happen in the classroom too – recorded listenings are lockstep, the teacher giving instructions, feedback and so on.

And solo too, of course, when sending a message, reading a message or email or webpage, listening to the radio, TV or an online video or….

So now go back to the coloured hoops and match ☺

And next time you’re planning – or retro-planning ;) – check that you have some of each dynamic in a week’s lessons, and that you’ve thought the use of each dynamic through, that they do actually support learning rather than just provide some funky dance moves. Leave those barefoot dancing footsteps in concrete rather than just a whirling mess on the sand; hopefully part of the dance will stick.