Rhythm is both a feature of and product of the phonological structure of English.

The phonology of any language is a system, so that a change in one part of the system will affect some or all of the other parts. 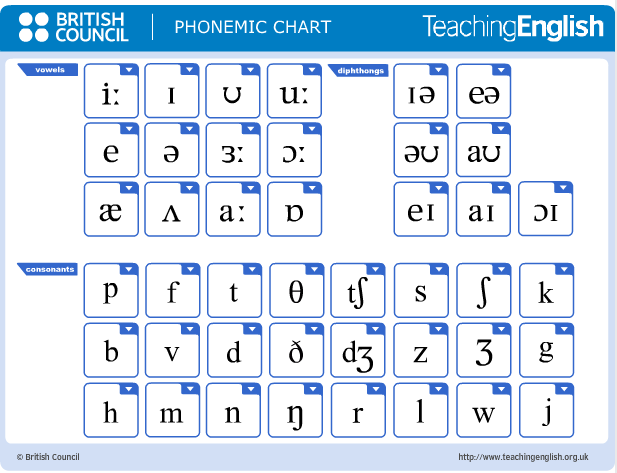 English is a very rhythmical language, so that a learner who can maintain the rhythm of the language is more likely to sound both natural and fluent. The two components of the system which have the greatest influence on rhythm are sentence stress and the various features of connected speech, i.e. what happens to words when we put them in an utterance.

Sentence stress
In any sentence, some words carry a stress. These are the ‘strong’ or ‘lexical’ words (usually nouns, verbs, adjectives and adverbs). The remaining words are ‘grammatical’ words and are unstressed or ‘weak’ (conjunctions, pronouns, prepositions, auxiliaries, articles).

‘It’s the worst thing that you could do’

The rhythm produced by this combination of stressed and unstressed syllables is a major characteristic of spoken English and makes English a stress-timed language. In stress-timed languages, there is a roughly equal amount of time between each stress in a sentence, compared with a syllable-timed language (such as French, Turkish and West Indian English) in which syllables are produced at a steady rate which is unaffected by stress differences. Sentence stress is an important factor in fluency, as English spoken with only strong forms has the wrong rhythm, sounds unnatural and does not help the listener to distinguish emphasis or meaning.

Connected speech
Speed is also a factor in fluency. When we speak quickly, we speak in groups of words which are continuous and may not have pauses between them. This causes changes to the ‘shape’ of words. Unstressed words always sound different when used in a sentence as opposed to being said in isolation.
The most common features of connected speech are the weak forms of grammatical and some lexical words (and, to, of, have, was, were) and contractions, some of which are acceptable in written English (can't, won't, didn't, I'll, he'd, they've, should’ve). However, we often ignore other features which preserve rhythm and make the language sound natural. The most common of these are:

Added to these is the use of the schwa, the most common vowel sound in English. Many unstressed vowel sounds tend to become schwa, and because it is an important feature of weak forms, learners should be able to recognise and produce it.

There is a temptation to try to teach the rules associated with these features, using phonemic script to write examples. An awareness-raising approach is often more profitable, starting by asking students what happens to certain words when we put them in a sentence:

This might be followed by a categorisation task, from which rules or guidelines could be elicited.

Teaching rhythm
Rhythm, then, is a product of sentence stress and what happens to the words and sounds between the stresses. Unfortunately, learners are often introduced first to written forms and the complexities of spelling. Learners whose mother tongue is phonemic or syllable-timed have particular problems. Teachers should remember to:

A number of useful teaching techniques are listed here, focusing either on rhythm as a whole or on contributing aspects, and divided into recognition and production activities.

Conclusion
Because phonology is a system, learners cannot achieve a natural rhythm in speech without understanding the stress-timed nature of the language and the interrelated components of stress, connected speech and intonation. Attention to phonology begins at lower levels and builds up as learners progress towards fluency. There are specific phonology courses available, while most integrated syllabuses include pronunciation activities which run in parallel to structural, functional and skills development. Above all it is important to remember that there is a place for phonology in nearly every lesson.

Need a little more help with your professional development? Find a training course for your needs.